Thomas Becket known also as Saint Thomas of Canterbury was a Christian saint, archbishop and martyr widely venerated by both the Anglicans and the Catholic Church. This vivid account of his life and great deeds dealt with various historical facts closely associated with his influence and deeds. He is still cited as one of the rare examples of Christian saints who had elaborate conflict with the political hegemony of kings and in spite of death came victorious by influencing the population with conviction and faith. Author Charlotte Mary Yonge did a great job in presenting one of the most revered Irish saints who long after his death continued to be regarded as legend among the Christians all over the world.

The challenge in writing such a vivid account of a monk of Middle Ages lies not only in the demands of accurate historical research but also in coming to terms with the already existing and different biographical accounts written over the ages. Yes, the legendary figure of Thomas Becket had been subject to a long series of biographies over the ages. A majority of these works have primarily been written by his contemporaries while there are few that had been undertaken by the Christian scholars and authors of later era. In the book 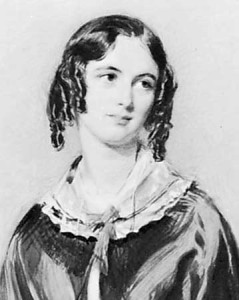 Youth of Becket by Charlotte Mary Yonge, the author had been consistent with the historical facts provided by the majority of works by these erstwhile biographers. But she also proved her account, alternatively viable by venturing to decipher the historical events with their social and political context and in that respect this book offers enough food for thought for people interested in Christian history or political history in the Middle Age.

The book began without any direct reference to the subject of the book – the life of Archbishop Becket. The author tried to describe the detail social and political scenario in the then England and London, but made a mistake of not providing a few passages in introducing Becket to the context. This obviously had a toll on our attentiveness as readers because while going through the details of historical facts we try to figure out the connection between the life of Becket and the backdrop. It took quite a few passages to know the context and get to the theme of the book. The biggest fault of the book is that it just forgot to introduce the saint to the readers in the very beginning of the book. Introduction was necessary to present the biography and life of the saint to the wider audience. In other respects, the book showed enough merits drawing readers between these pages for various reasons.

Writing biography one should always venture to create the circumferences and situations the individual in question lived in and when it comes to medieval saints like Thomas Becket (en.wikipedia.org/wiki/Thomas_Becket) the task seems even harder as little authentic historical accounts you can actually depend except those volumes of staggering biographies dealing with his life in the manner of devout disciples of faith. The objective truth about the life and deeds of a great individual should be the focus of a biographer and wherever the author fails to maintain that he is likely to fall in the trap of following the clichés and so called established ideas. The challenge becomes even bigger with the life of important religious figures that for ages had been the source of inspiration for countless individuals. Often, the difference between the life of the great individual in question and his saint public image gets blurred over the years by the ‘larger than life’ accounts and mythical accounts of his life. That makes scientific and objective evaluation of the historical facts and individual harder for the scholars. The author of the present volume should particularly be praised as she could successfully avoid this mythical image of the saint while unveiling the prodigious deeds and historical importance of the saint.

The book, besides offering a highly sophisticated textual account of the political events and time of the saint, it also gave the reader a typical fictional charm in some parts. Writing in a storytelling pattern and offering engaging conversations between the characters, the book practically helps transcending the time to get a lively feel of the Middle Age, the then psyche of people and the overlapping historical events. The book in considering its lively style and brilliance of storytelling can easily be read as a good biographical novel. But, unlike most biographical novels the storytelling never actually distorted history and always remained true to the facts and historic truths. This rare combination of objective history and inspirational storytelling gave the work an aura of importance and reading pleasure.